from spine to psd export lowers quality of assets

Hi. When I export an asset from spine to psd it makes quality lower than it was. I think i tried all types of export settings)) the best is with raw + multisampling 8x, but not the same. I guess it's not a bug, but it's a kind of that user should know. Maybe I do smthg wrong ect. Here example to try.
添付ファイルを見るにはパーミッションが必要です

When you do an export, Spine is applying bone transforms and rendering the skeleton images to a buffer, then writing the result to an image file. There are a number of things that can happen during that process which can affect the quality compared to the source images.

Keep in mind that when placing a region attachment in Spine, the position of the region attachment is the center of the image. If your image has odd dimensions, you would need to offset the position by 0.5 so the image pixels map 1:1 with the exported pixels. For example, an image that is 9x10 and placed at 10,10 will have filtering because it is centered at that position and the width is odd. Instead, you would need to place it at 9.5,10 or 10.5,10.

Here is an image illustrating what Nate mentions above. 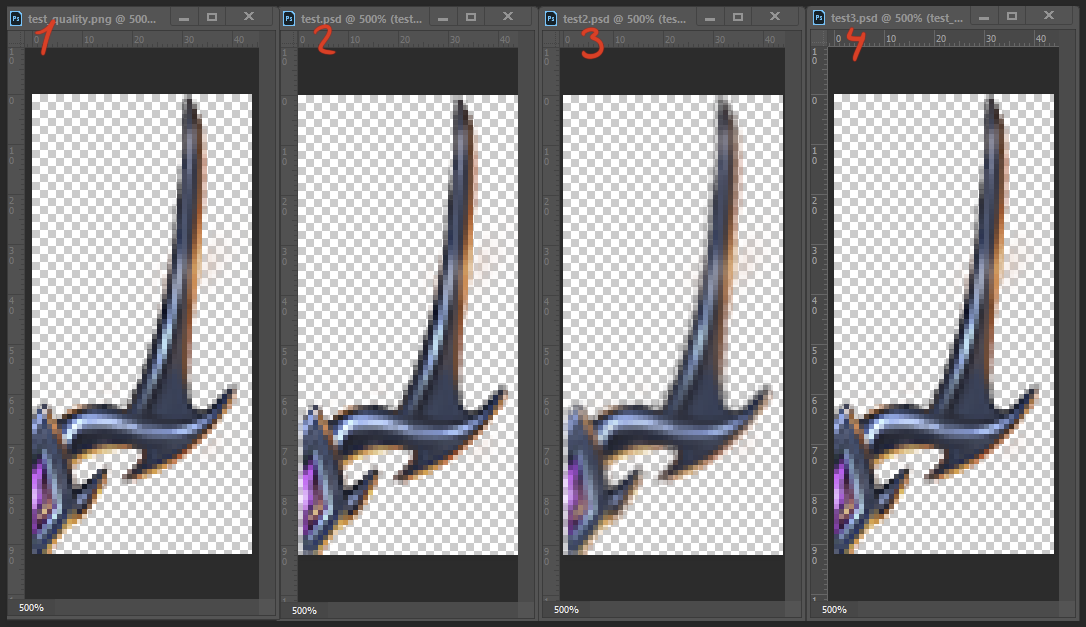 Due to the non-integer positioning in images 2 and 3 you see a small gap on the left canvas side which has translucent pixels.

Oh I see! Thank you for your answer!